The project’s main task is construction of a tram line from the metro station «Ulitsa Dybenko» to Kudrovo, Leningrad Region, including tram overpass at the intersection with the railway tracks of Oktyabrskaya Railway.

Implementation of the project will help to connect Kudrovo to the nearest stations of St. Petersburg Metro – «Ulitsa Dybenko» and «Prospekt Bolshevikov».

It is assumed that the prospective tram line will be connected to the existing tram network of St. Petersburg with organization of a ring tram route along the following highways: prospekt Solidarnosti - ulitsa Dybenko – Dalnevostochniy prospekt – ulitsa Kollontaj – prospekt Solidarnosti and in the opposite direction.

As part of the project, the new tram route will also be integrated with the existing city tram route «A».

Construction of a part of the new tram route to Kudrovo (along Evropeyskiy prospekt) in the Leningrad Region – 3,6 km.;

Construction of a part of the route in Saint Petersburg – 0,35 km;

Implementation of the 2nd stage of the project will improve transport accessibility for both residents of the village of Novosaratovka and residents of fast-developing areas of St. Petersburg, such as Utkina Zavod microdistrict and Rusanovka microdistrict.

Construction of a section of a new tram line in the Leningrad Region – 5,1 km; 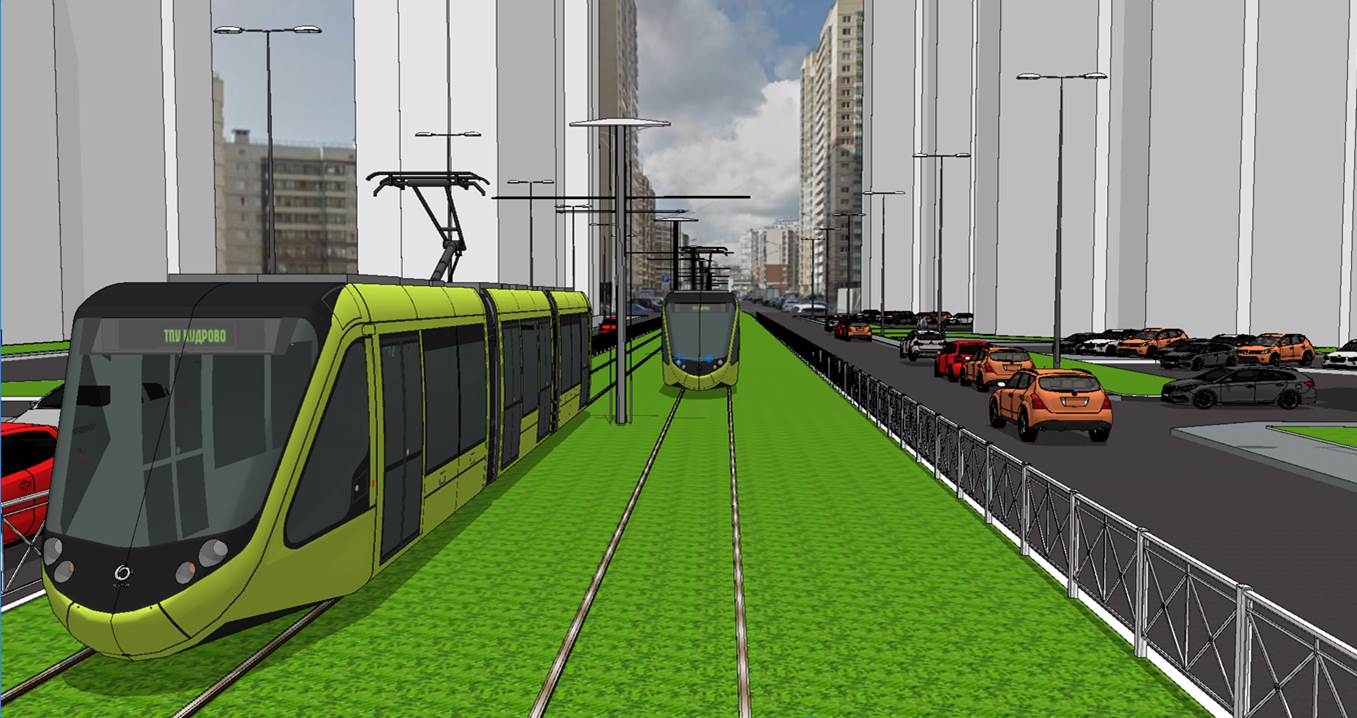 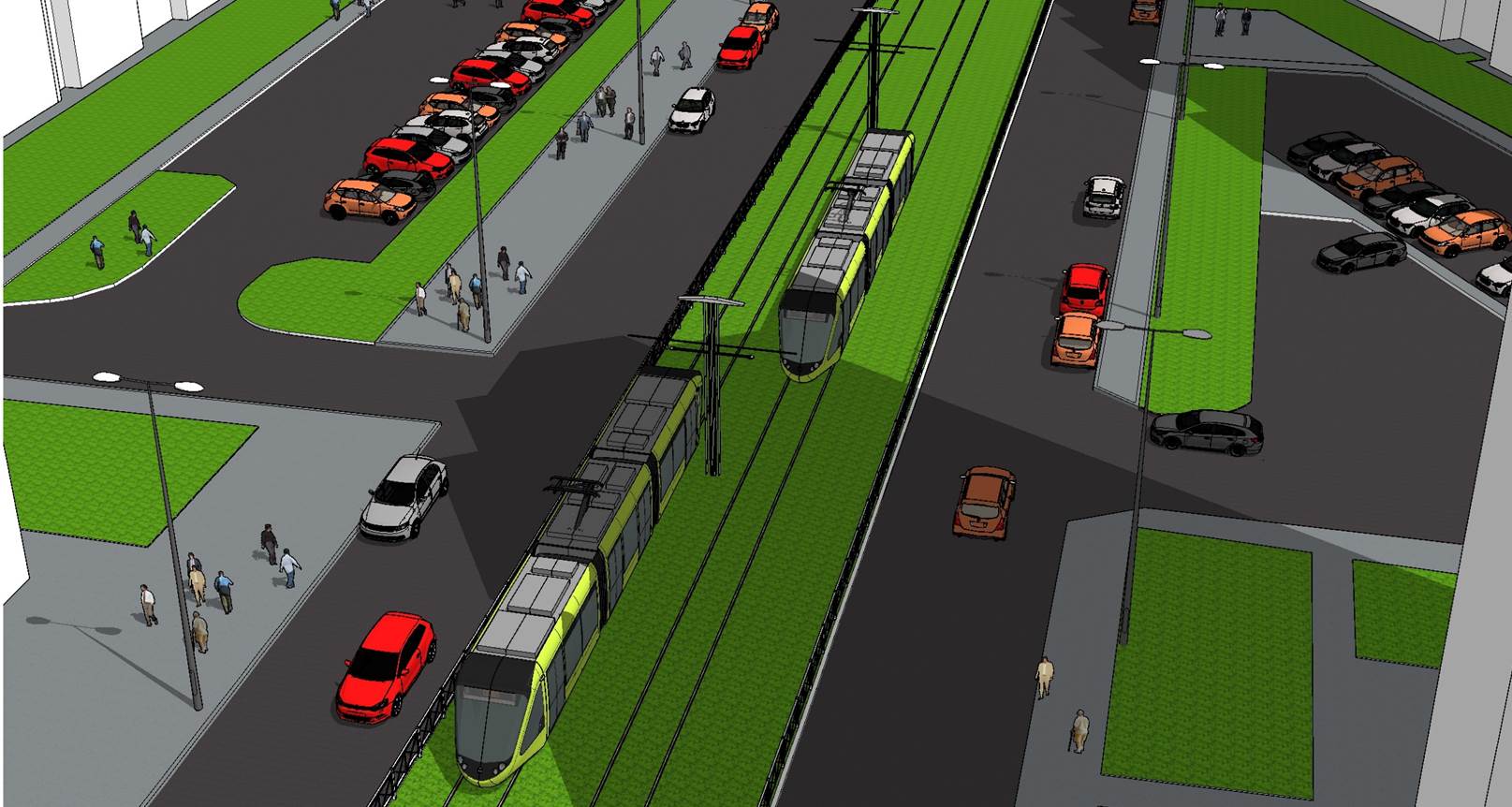 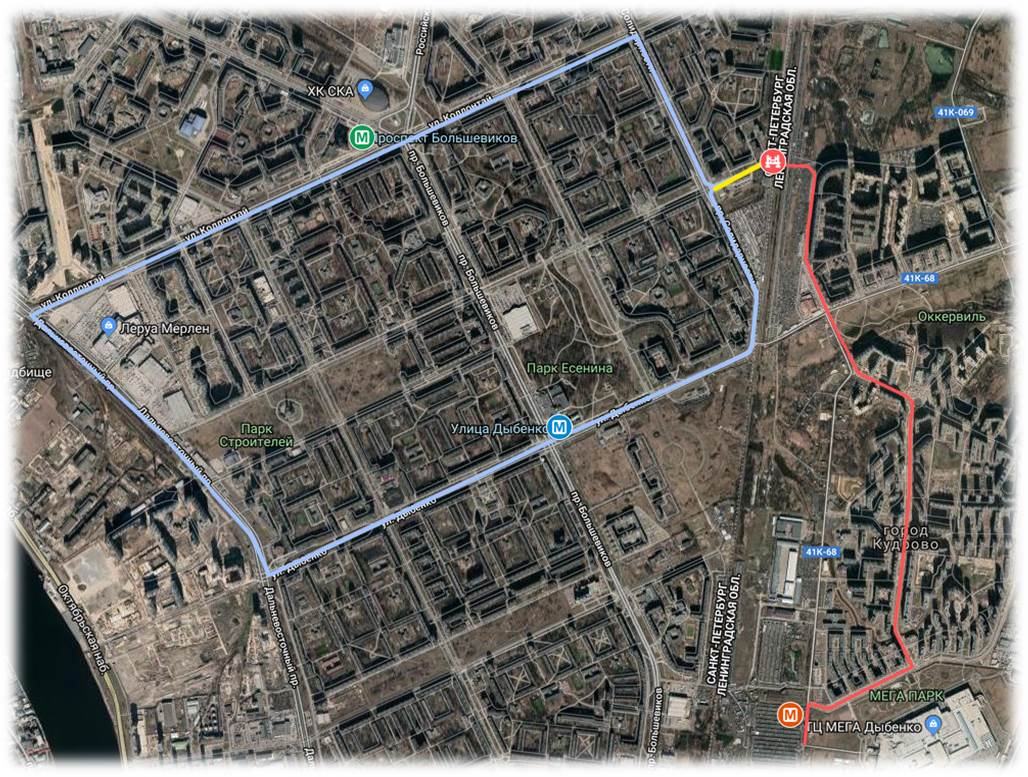 Rail transport has a high level of carrying capacity, safety, effectively solves the problem of reducing pressure on the road network and is the most environmentally friendly type of public urban transport.

In connection to this, the main objectives of the project are to improve the standards of living and the level of transport services for the population of the City of Kudrovo, Leningrad Region, as well as Nevsky District of St. Petersburg, by integrating the designed tram line into existing tram network of St. Petersburg.